20 years in the protection of breeders’ intellectual property

In September 2023, it will be 20 years of activity of Agencja Nasienna Sp. z o.o., the first Polish organization of agricultural plant breeders. On September 16, 2003, the presidents of seven Polish grain breeding companies met in Leszno, where they signed the founding act of the company, which was to deal with the protection of intellectual property of breeders.

Our organization represents the holders of the exclusive right to plant varieties cultivated by Polish farmers. Thanks to the legal protection of a given variety, the breeder can make money on it by selling licenses. The proceeds from license fees and FSS privillege invest in innovation and varietal progress, i.e. creative breeding of even better plant varieties.

One of the reasons for establishing Agencja Nasienna Sp. z o.o. was the low share of certified seed in sowing and illegal trade in sowing material. Therefore, we have taken steps to popularize the rules of legal use of varieties protected by PBR, mainly when it comes to sowing farm-saved seed under the agricultural exemption. In order to organize the seed market in Poland, on the one hand, we dealt with the intermediation and control of FSS settlements between farmers and breeders, and on the other – control of licensees and processors of harvested material.

From the beginning, we have been conducting educational activities, promoting knowledge about the exclusive rights and intellectual property of breeders. Every year, we publish several dozen educational publications in the nationwide agricultural press and on industry portals. We take part in conferences and trainings, distribute educational materials, and attend trade fairs in various regions of the country. In 2015, we cooperated with the National Television TVR in the production of episodes as part of the series “Farmer’s Academy – Science went into the field”, which familiarized viewers with the process of breeding new plant varieties and the production of certified seed material.

Recently, we have focused on monitoring illegal trade in seeds and seed potatoes on online advertising portals, in cooperation with the Main Inspectorate of Plant Health And Seed Inspection. So far, we have verified approx. 15 thousand advertisements and the number continues to grow. We also focused on popularizing knowledge about the protection of exclusive rights among young people. In the school year 2022/23, we started the pilot stage of the educational project under the slogan “Young – modern – aware. Knowledge yields!”, in which we conduct lectures on topics related to the protection of exclusive rights and creative breeding for students of secondary agricultural schools and students of agricultural faculties.

For 20 years, our priority has been to increase the exchange of seed material on Polish farms, which will have a positive impact on their competitiveness in the EU. We also want to increase the awareness of farmers, especially the young generation, in terms of their impact on the seed market in Poland and the progress of varieties, which is the future of agriculture. 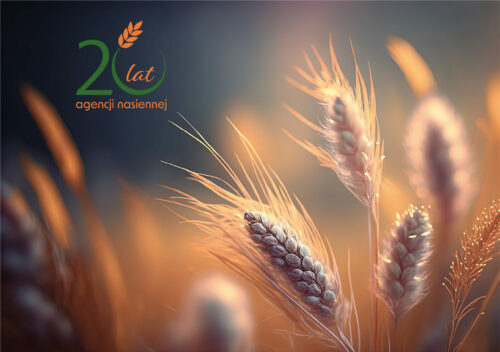 We provide telephone and e-mail support
and we are available from 8:30 to 15:00,
Monday to Friday.

This site uses cookies to improve your browsing experience. Of these cookies, cookies that are classified as necessary are stored in your browser because they are necessary for the basic functions of the website to work. We also use third-party cookies that help us analyze and understand how you use this website. These cookies will be stored in your browser only with your consent. You can also opt out of these cookies. But opt-out of some of these cookies may affect your browsing experience.
Necessary Always Enabled
Niezbędne pliki cookie są absolutnie niezbędne do prawidłowego funkcjonowania witryny. Ta kategoria obejmuje tylko pliki cookie, które zapewniają podstawowe funkcje i funkcje bezpieczeństwa witryny. Te pliki cookie nie przechowują żadnych danych osobowych.
Non-necessary
Wszelkie pliki cookie, które mogą nie być szczególnie potrzebne do działania witryny i są wykorzystywane w szczególności do gromadzenia danych osobowych użytkowników za pośrednictwem analiz, reklam i innych treści osadzonych, są określane jako niepotrzebne pliki cookie. Wymagane jest uzyskanie zgody użytkownika przed uruchomieniem tych plików cookie w witrynie.